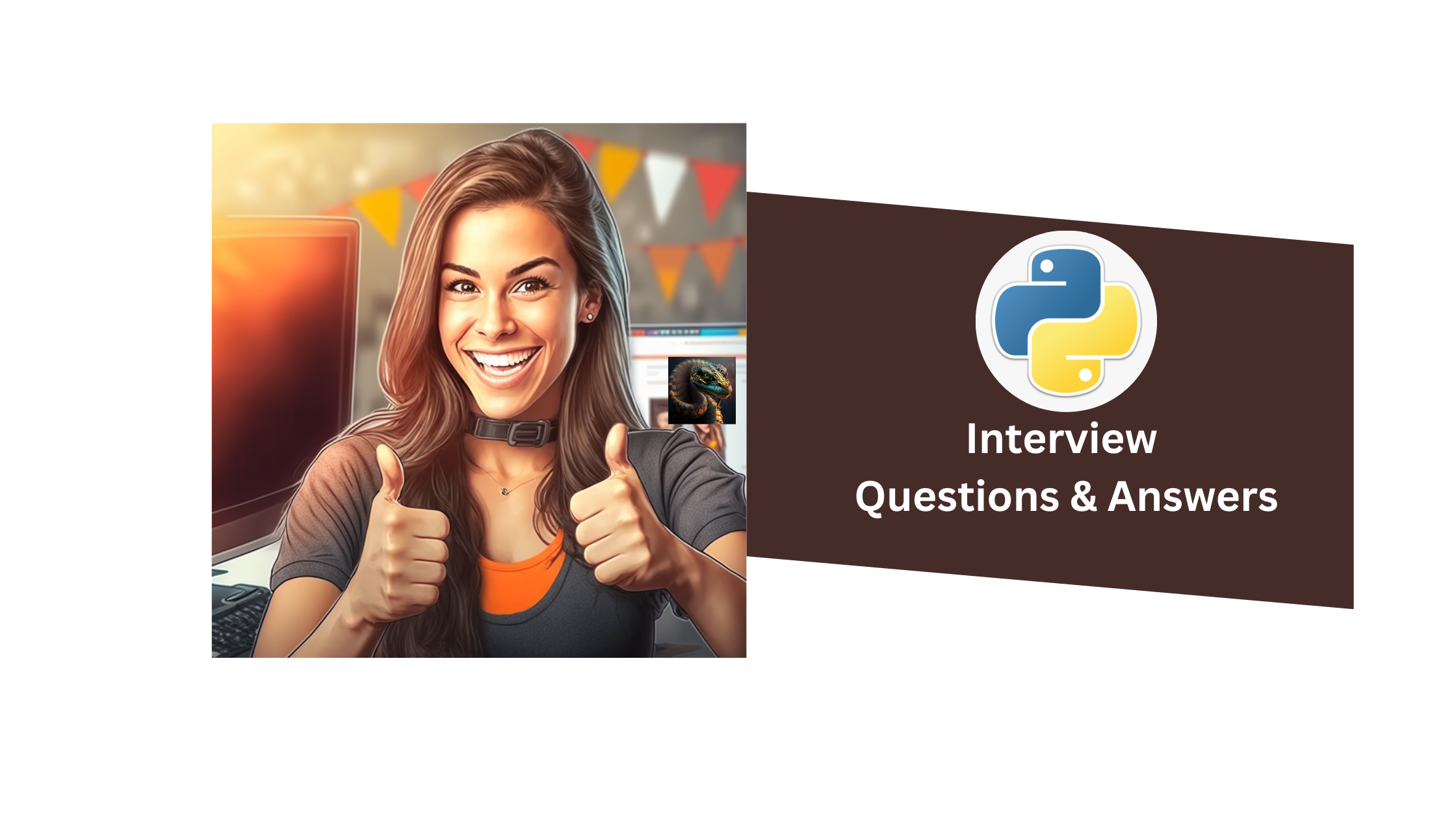 As a popular programming language, Python is frequently used in software development and has a large talent pool of developers to choose from. If you are looking to hire Python developers, it is important to ask the right questions during the interview process to ensure you find the best candidate. In this article, we will share with you the 20 best Python interview questions and answers to help you in your recruitment efforts.

What are some common pitfalls to avoid when working with Python?

Avoiding common pitfalls is key to successful Python development. Some pitfalls to watch out for include using mutable objects as default values for function arguments, using the is operator to compare objects, and using unoptimized data structures.

There are several approaches to handling missing or corrupted data in Python. One option is to use the try and except statements to catch exceptions and handle errors gracefully. Another option is to use data cleaning and imputation techniques, such as replacing missing values with the mean or median of the data.

In Python, inheritance is implemented using the class keyword. A subclass can be defined by inheriting from a superclass and extending or modifying its behavior. This allows developers to reuse code and create hierarchical relationships between classes.

Decorators in Python are functions that modify the behavior of other functions. They are useful for adding functionality to existing functions without modifying their code, and are often used to implement caching, logging, and authentication.

Generator functions in Python are functions that use the yield keyword to return a generator object that can be used to iterate over a sequence of values. Generator functions are useful for creating large sequences of data that would otherwise consume too much memory if stored in a list.

There are several ways to optimize the performance of a Python codebase. Some common techniques include using optimized data structures and algorithms, avoiding unnecessary computations and memory allocations, and profiling the code to identify bottlenecks.

A list in Python is an ordered collection of objects that can be of any type and can be modified in place. An iterator is an object that produces a stream of values on demand, and can only be iterated over once. Lists are more flexible but can be slower and use more memory than iterators, depending on the use case.

Polymorphism in Python is the ability of different objects to respond to the same method call in different ways. This can be achieved through inheritance, where subclasses override or extend the behavior of their superclasses, or through duck typing, where objects are treated as if they have a certain interface even if they do not formally implement it.

Lambda functions in Python are anonymous functions that can be created on the fly and passed as arguments to other functions. They are useful for defining simple functions that are needed only once and do not need to be named.

Asynchronous tasks in Python can be implemented using the asyncio module or third-party libraries such as asyncio, aiohttp, and uvloop. These tools provide tools for concurrent programming, event loop management, and asynchronous I/O operations.

Object serialization in Python refers to the process of converting an object’s state to a byte stream, which can then be stored or transmitted and later restored to its original form. This can be useful for storing objects in a database or transmitting them over a network. Python provides several built-in modules for object serialization, including pickle, json, and marshal.

Modules in Python are files that contain code that can be imported and used in other Python code. Packages are collections of modules that are organized into a directory structure and can be imported using the import statement. Modules and packages allow developers to reuse code and organize their codebase into logical units.

Unit testing in Python refers to the practice of testing individual units or components of a codebase to ensure they are working correctly. This can be done using the unittest module, which provides a set of tools for defining and running test cases. Other popular testing frameworks for Python include pytest and nose.

Dynamic typing in Python refers to the fact that variables do not have a fixed type, and can change type as needed. This allows for more flexibility in coding, but can also lead to unintended behavior if variables are not handled correctly.

There are several tools and techniques for handling web scraping and data parsing in Python. The requests module is a popular choice for making HTTP requests and handling responses, while the beautifulsoup4 module is a powerful tool for parsing and extracting data from HTML and XML documents. Other options include the lxml and html5lib modules. Python also has several libraries for handling data manipulation and analysis, such as pandas and numpy.

By asking these Python interview questions and evaluating the answers, you can get a better understanding of a candidate’s skills and experience with the Python programming language. This will help you to make informed hiring decisions and find the best fit for your team.