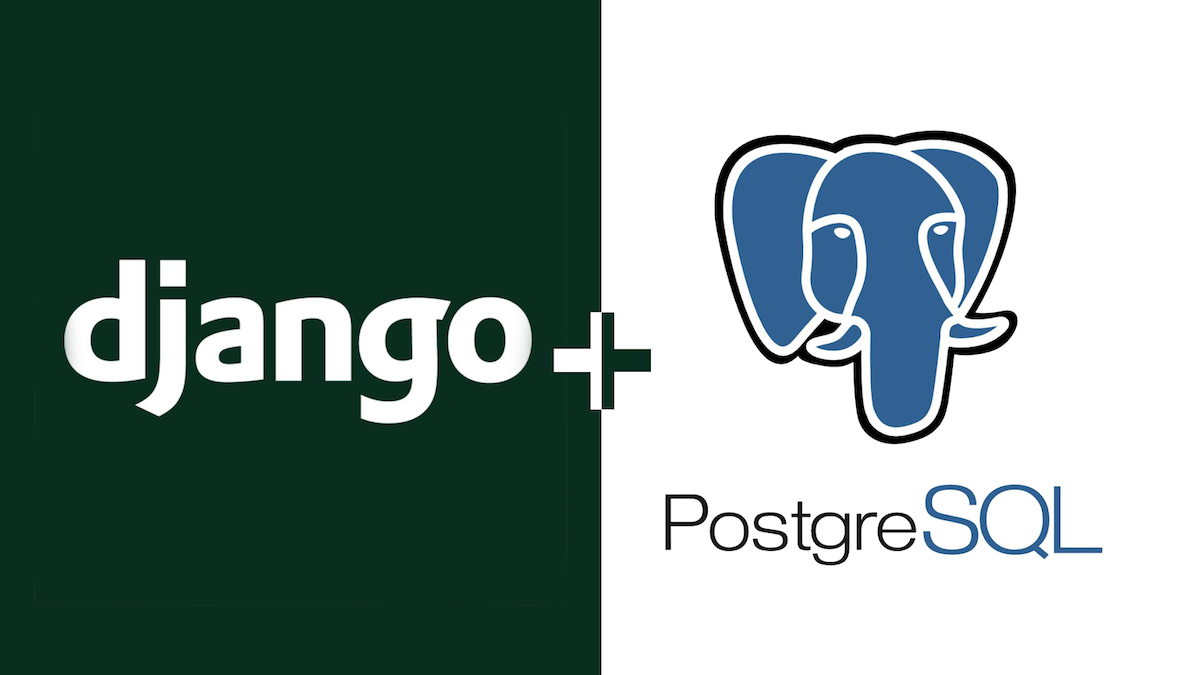 Django is a powerful free and open-source Python web framework designed for security, scalability, reusability, and rapid development. Initially released in 2005, Django is tried and tested for developing both simple prototypes as well as large-scale projects. The framework encourages clean, pragmatic design, and provides developers with a comprehensive set of tools to build scalable dynamic web applications (DWAs).

A dynamic web application is an application that can change its appearance, content, and functionality in response to user input, system events, and information. Dynamic web applications are reliant on databases for persisting content. Django, being a modern framework, supports several standard database programs, for example, SQLite, Marinade, MySQL, PostgreSQL, Oracle, MongoDB, etc.

In this guide, you will learn how to create a Django web application, and connect it to a PostgreSQL database. PostgreSQL is one of the most advanced and widely used Database Management Systems for Django. This practical guide is intended to help developers get up and running with Django development.

To follow along, you will need to satisfy the following requirements:

Being a Python web framework, Django requires Python. Python is a powerful, high-level scripting language that is ideal for web development. Your Ubuntu distribution ships with Python already pre-installed by default. For this guide, you’ll be using Python 3. Installing Python on Ubuntu is fairly easy:

1. Open up your terminal by pressing Ctrl + Alt + T

2. First, update your local system’s APT cache and upgrade (if available) all the installed packages:

3. Python 3 is directly available from the official Ubuntu package repositories. Download the latest version of the Python package alongside the python-is-python3 binary that creates a soft link to python3 for ease of use:

APT will automatically retrieve the package and install it on your workstation.

4. Next, verify if the installation was successful:

You should see an output similar to this:

5. Finally, you need to install some essential packages to set up a robust programming environment:

PostgreSQL is a free and open source relational database management system (RDBMS) that provides an implementation of the SQL querying language.

1. To install the PostgreSQL database software alongside the -contrib package that adds some additional utilities and functionality, run the following command:

2. If the installation was successful, then PostgreSQL will start running in the background. Verify that the service is working properly:

With the PostgreSQL server up and running, you can now safely transition to setting up your database.

The installation procedure created a user account called postgres that is associated with the default PostgreSQL administrative user. Let’s utilize this account to perform some administrative tasks.

1. First, run the following command to switch to the postgres user and open the psql command-line interface for working with PostgreSQL.

This will log you into an interactive PostgreSQL session.

2. Once you’re logged into PostgreSQL, the next step is to create a database for your Django app. In this case, let’s call it usersDB.

3. Run the following query to create a new user called sammy. You can replace sammy with a name of your choice.

4. Now, run the following query to give your user (sammy) full access to the usersDB database, including creating new tables and documents.

5. Next, modify a few of the connection settings for your user to speed up database operations.

With the database configured, it’s now time to set up your development environment.

1. Navigate to the directory where you would like to build your Django app. Inside that directory, create a specific project directory to build the application. Let us name it “django-projects”.

2. Next, navigate to the django-projects directory.

Now you have a Python virtual environment that can isolate your Python development environment from your system installed Python as well as other Python environments.

1. Use the PIP package manager to download and install Django:

If the command is successful, the latest version of Django will be automatically installed in your environment.

2. Verify that Django was installed by typing python in your shell. At the interactive Python prompt, try to import Django:

Note that the output may display a different version of Django. With Django already installed, you’re all set — it’s time to generate a Django project.

Now that you have installed Django, it’s time to create your first project. You will use the django-admin tool to create a new Django project.

Your current working directory should look similar to this:

Now that you’ve created a project directory containing the initial start of your application, you can move on to the next step.

1. Inside your project folder (../django-projects/djangoPostgres/ ), run the following command to start your first app:

2. Next, run the server to check that everything is okay:

After building the app, it’s now time to set up your database.

Django provides an easy way to switch from the default SQLite database to a production-ready DB Engine like PostgreSQL using a generic interface. The database settings are saved in the settings.py file located within the project directory. You need to change a few of the default settings in this file to get everything working correctly.

To edit the file:

1. Open the path to your file and run the following command:

You can instantly connect Django to a SQLite database using this configuration without having to install any additional package. This is because SQLite stores data into a single file. Therefore, no server is required which is ideal for development or small applications. But we want a professional database so let’s change some settings.

Copy and paste the code below to the settings.py file and save.

Let’s now create a simple table to test things out. You can create a table by directly writing a class/object(ORM) to access the database instead of writing raw SQL.

Open the users/models.py file and create a simple model for testing that defines a Person, with a first_name and last_name. It should look similar to this:

At this point, you have successfully defined your table. However, the table hasn’t been sent to PostgreSQL yet. So what do you need to do for your changes to reflect in your database?

1. First, you need to install the Psycopg Python library. Psycopg is a popular PostgreSQL adapter that facilitates communication between Django and PostgreSQL. You can install Psycopg by running the following command:

2. Next, go to settings.py and register your app so that it can be included when any tools are run, for example, adding models to the database. Django applications are registered by adding them to the INSTALLED_APPS list in settings.py. Open the file and add your:

3. The new line specifies the application configuration object (UsersConfig) that was generated for you in /djangoPostgres/users/apps.py when you first created the application.

4. After registering your application, run the makemigrations command to update the changes in your models.py e.g. adding a new table, changing a field name, etc.

5. The final step is running the migrate command which will send your table to the database.

Congratulations! You have successfully created a Django application and connected it to a PostgreSQL database.

So just to recap, in this guide you have learned how to:

With this foundation, you can begin developing Django applications. If this guide is helpful, please do not hesitate to drop your comment below sharing with us your opinion or recommendation.